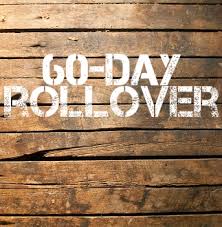 The Tax Court’s opinion on Bobrow v. Commisioner, T.C. Memo 2014-21 changed the point of view of many taxpayers and professionals. According to this U.S. Tax Court case, an individual is allowed to conduct only one 60-day rollover of his retirement funds for each 1-year period which is contrary to what most taxpayers and professionals believed based on the explanation of IRA or 401k rollover rules from the IRS publications.

A 60-day rollover is a method used by account holders who prefer to rollover the money from their retirement account to a new retirement account but the money will be temporarily handed to them before depositing it to the new account. This transition must be done within 60 days. The 60-day rollover is different from direct rollovers and trustee to trustee transfers because these two methods don’t require a 60-day rule and can be done repeatedly without the 1-year waiting period.

The case of Bobrow shows that the 60-day rollover was made twice over a 1-year period but using two separate IRAs. Both sums of money were personally received and both were paid back into his two separate IRAs within the 60-day timeframe. Mr. Bobrow, have understood that this method was a commonly accepted practice based on the IRS guidance. He believed that he could make two separate 60-day rollovers since the two IRAs are separate accounts and differ from each other and he sees it as one of his retirement plan solutions for the rollover of his account. This process made by Mr. Bobrow was overruled by the Tax Court referring to IRC 408 (d)(3)(B).

Stipulations in IRC 408 (d)(3)(B) states that an account owner would not be subjected to pay tax on withdrawals made from his IRA as long as the funds are deposited or returned into a new IRA within 60 days. Mr. Bobrow complied with this rule. However, the confusion arises when asked to how many 60-day rollovers a retirement account holder is allowed to do in a 1-year period. Under the code, it says that the 60-day rollover exception could not be granted if the account owner has already made and relied on this 60-day rollover exception in the prior year period. The explanation under the code was limited and creates unclear concepts on whether the one 60-day rollover per 1-year period applies per IRA only or per account holder with all of his IRA accounts.

IRS Publication 590, page 25 explained through an example that the one 60-day rollover per 1-year period applies per IRA and that IRC 408 (d)(3)(B) should follow the same. The example was delivered exactly in this way:

Though this example made from the IRS publication is clear that the 60-day IRA or 401k rollover rules apply per account, the IRS has decided that the second 60-day rollover made by Mr. Bobrow from his separate IRA violated the code under IRC 408 (d)(3)(B) and is, therefore, subject to tax because of the fact that it was done within the 1-year period from the first 60-day rollover he made on his other IRA. The IRS ignored the point that the two 60-day rollover was actually from two separate accounts which has the same idea to the example they provided on the IRS publication.

The awareness that retirement account owners were properly advised to only apply the one 60-day rollover per 1-year period is where the Court probably based their opinion. It is essential to keep in mind that an individual can conduct as many direct rollovers or transfer from trustee to trustee per year as desired since those transactions or rollovers are done in a way that the money is being sent directly to the new qualified retirement plans and are not administrated by the 60-day rollover rules.

A motion for reconsideration on Bobrow case was currently filed but the update on the status is not yet available and still pending with the Court. A final decision will be issued by the judge when the court decides the motion for reconsideration. Once the decision has moved in, the taxpayer will be given 90 days to appeal the ruling of the Court to the U.S. Court of Appeals for the Third Circuit.