Best Retirement Plan for Self Employed Has a Checkbook Control Feature 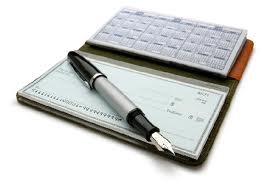 best retirement plan for self employed

Not a lot of people are aware of the benefits of having checkbook control over their retirement accounts. That is why after getting educated about the benefits they can get from this feature, they would choose self-directed solo 401k over other retirement accounts. What they like about the checkbook control is its cost effective and time-efficient approach when making investments.

We all know that Solo 401k offers diverse investment choices and when a plan holder decides to invest, for example, in real estate, this decision can be quickly responded because there is no need for a custodian to get in the middle of the transaction. Writing a check or a simple wire transfer from the plan holder’s account can process the investment which would save you a lot of time as well as money from transaction fees when hiring a custodian.

Accessing your account and directing funds in a timely manner towards your investment choices are in your own hands.  For account owners, they see this as a more secure option rather than leaving their hard earned money to the brokerage firms. For them, the power to have full control over their retirement account is amazing. That is why they consider Solo 401k with checkbook control as the best retirement plan for self employed.