Home » Single-Participant 401k – What Participants are Not Allowed to Do

Single-Participant 401k – What Participants are Not Allowed to Do 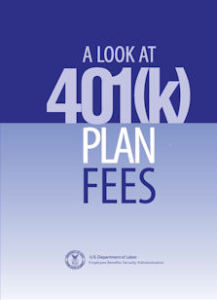 The single-participant 401k is a highly lucrative type of retirement plan. Also known as Solo 401 k, this pension plan offers a wide range of benefits and advantages for participants. It is a good move for investment especially for qualified plan owners who are self-employed or small business owners. The numerous features of the self-directed solo 401k make investment a viable profit generating source. However, it is also imperative that participants know the prohibited transactions they should avoid at all costs.

What happens when you have prohibited transactions?

Since the Individual 401k retirement plan is flexible, it is quite common for plan owners to go beyond the line. One of the upfront results of engaging in prohibited transactions is penalty charges or becoming disqualified from the tax-free or tax-deferred features of the plan. It takes comprehensive knowledge and understanding of the Individual self-directed 401k to be able to avoid some of the most common mistakes for owners.

Here are three of the major mistakes that participants of the Self-Directed 401k must avoid:

The Single-Participant 401k is a highly lucrative and viable retirement plan. However, in order to maximize its full potentials and benefits, it is imperative to avoid the major mistakes aforementioned. Committing these major setbacks could rid you of your plan benefits and privileges. It pays to go by the book.