Home » What is a Self Directed IRA?

What is a Self Directed IRA?

How long the self-directed IRA been in existence? 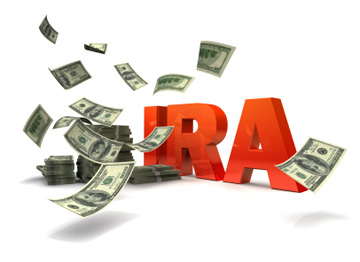 Self-directed IRAs (Individual Retirement Arrangements) have been allowed since 1975, this has been the result of the Employee Retirement Income Security Act of 1974 (know by many as ERISA). At that time, qualified retirement accounts, such as Profit Sharing Plans, Money Purchase Pension Plans and Defined Benefit Plans were self-directed.  In the beginning, many made the choice to invest in notes and real estate.

Over the years, the self-directed part of the retirement industry became more accepted and acknowledged as an investment diversification approach because investors can participate in a wide range of investment assets. Many account holders were going beyond notes and real estate into other investments that comply with the federal regulations of allowed dealings.

What is a self-directed IRA?

The name “self-directed” basically means that you, as a person, have total power over choosing and directing your IRA savings. With a self-directed account, you can invest in private business, notes, real estate, Limited Liability Company and Partnerships and many other types of assets. You, as the account holder, make all choices concerning your investments.

One of the most common investments made with a Self-directed IRA is real estate.  Therefore it is often known as Real Estate IRA.  As a client of Sense Financial, you are not restricted to the investment choices of an IRA custodian in case of conventional retirement account. By using Self-Directed IRA, you now have significantly better flexibility in the amount of investment options. You are not restricted to mutual funds, bonds and stock (as the case with conventional IRA), your investment options are many.  In fact, there are only few restrictions of the investment and investment transactions that are not allowed, therefore self directed IRAs are often called Unlimited Investing.