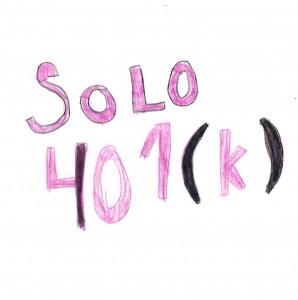 The confusion that often exists between ROBS and self-directed Solo 401k plans can be cleared up by focusing on the “R” in ROBS, which stands for “rollover.”  ROBS, or “rollover as business start-up” plans allow 401k or IRA investors (other types of retirement accounts also qualify) to roll over, or convert, the proceeds of the account into capital for funding a new or existing business, most often a franchise. The capital structure that is used is a C-Corporation, and the transaction is tax and penalty-free.

What is a self-directed Solo 401k plan?  As the term implies, self-directed Solo 401k plans can be directed by the trustees or owners of the plans (usually self-employed persons or sole owner/employees of a corporation) into whatever investments are available to them, even alternative investments such as real estate, precious metals, tax liens, trust deeds and private placements. Some of the other benefits of self-directed Solo 401k include high contribution limits (up to $56,500 for the year 2013), loan feature allowing plan participant borrow up to $50,000 or 50% of the plan balance (whichever is less) from the account to use for any reason, Roth sub-account allowing plan participant make after tax Roth contributions into the plan and grow investments tax free, checkbook control – giving the client acting as trustee of the plan the ability to control all investment decisions without the need to hire a custodian or third party administrator.

Solo 401k ROBS: A further differentiation from the ROBS is that a self-directed 401k is restricted from owning 50 percent or more of any business, including a C-Corporation.

The growing confusion that exists between these two distinct types of plans stems from the decision of some companies that advertise ROBS to refer to the product erroneously as a self-directed 401k. With this in mind, make sure that before you proceed to open a Solo 401k, you ask the provider exactly what services it offers.

New Retirement Age A Must See Documentary: Inside Job