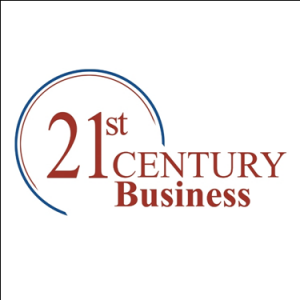 Sense Financial Services, the leading Solo 401k Plan Administrator, will be featured on the award-winning television series, 21st Century Business.  The segment will focus on the solutions Sense Financial provides to self-employed and small business owners who face challenges such as increased taxes and lack of control over their retirement accounts.

21st Century Business has selected our president to come and discuss these issues on the show.   With President Obama’s re-election and all the talk of fiscal cliffs, Mr. Fomichenko knows that the increasing tax rates weigh heavily on the minds of many.   Many are worried of the effects the increase will have on both their income and their retirement.

“I’m looking forward to sharing my area of expertise, the Solo 401k, which offers total control, or what we call checkbook control, over investments.  And this can be done on a tax-free or tax-deferred basis,” Mr. Fomichenko explains.  “Business owners are concerned about increasing tax rates.  The Solo 401k provides the solution to minimize taxes by deferring incomes into qualified plans.”

He continues, “With more people reaching retirement age, there is a greater need for education as to what are the options available to them.  And this segment is perfect for that.  “

21st Century business is a television series that highlights key business issues and current events in the business world.  The show gives its viewers an opportunity to hear from business leaders and experts on the issues facing various industries today.  Experts are chosen and invited to highlight their stories, as well as to propose their solutions to the current industry issues.  The award-winning show is aired on networks such as ABC, NBC, CBS, and Fox, as well as online.

The segment will be filmed in Florida, and will air soon.  Air dates to be announced in the future.

Looking forward to watching this segment?  As they say on TV, stay tuned…

Minna coordinates Sense Financial's communication efforts towards educating clients about the Self Directed IRA and Solo 401k. She enjoys the opportunity to work with clients from various backgrounds, experiences, and goals. She strives to ensure that each client’s goals are met through the products Sense Financial offers.